On this page, you will find educational information and resources about intimate partner violence (IPV). You can also read Yale’s official definition of IPV by visiting the Yale Sexual Misconduct Response & Prevention site. SHARE’s printable brochure on IPV is available for download here.

Intimate partner violence (IPV), also known as domestic or dating violence, can vary in frequency and severity and can happen to anyone regardless of race, age, sexual orientation, religion, or gender. IPV affects people of all socioeconomic backgrounds and education levels. IPV occurs in both opposite-sex and same-sex relationships and can occur between intimate partners who are married, living together, or dating. IPV may take various form, but the defining feature is always the same: abusers maintaining power and control over their intimate partners through fear and intimidation. IPV not only affects those who experience the abuse, but can often have an impact on family members, friends, co-workers, other witnesses, and the community at large.

IPV may include various types of harm, such as (adapted from REACH Beyond Domestic Violence):

Multiple types of harm may be present at various points in an IPV relationship. These types of abuse can also happen via technology (e.g. devices, social media, etc.). This is called “cyber abuse” or “technology-facilitated abuse.” You can read more about this by visiting our page on Cyber Abuse.

The Cycle of Violence

While the dynamics within an IPV relationship are complex in real life, research has developed a simplified overview of the pattern that often occurs.  This three-stage “Cycle of Violence” shows how love for one’s partner, hope for an improved relationship without abuse, and fear of retaliation for ending the relationship, keeps the cycle in motion. The length of the cycle may vary, although the violence almost always escalates over time.

The National Domestic Violence Hotline (“The Hotline”) describes a safety plan as “a set of actions that can help lower your risk of being hurt by your partner. It includes information specific to you and your life that will increase your safety at school, home, and other places that you go on a daily basis.”

The Hotline has an interactive safety planning tool available on their website that can help you start to think through some ways that you can promote your own safety and the safety of those around you. It is also helpful to speak to a trained professional about safety measures. The SHARE staff are available to provide support around safety planning and can include the Sensitive Crimes and Support Coordinator at the Yale Police Department in the conversation if you wish.

At SHARE, we want planning for your safety to be an empowering process and will support you in any decisions that you make. It is important to remember that while proactive safety planning can be a helpful step, abuse is always the responsibility of the person causing the harm. 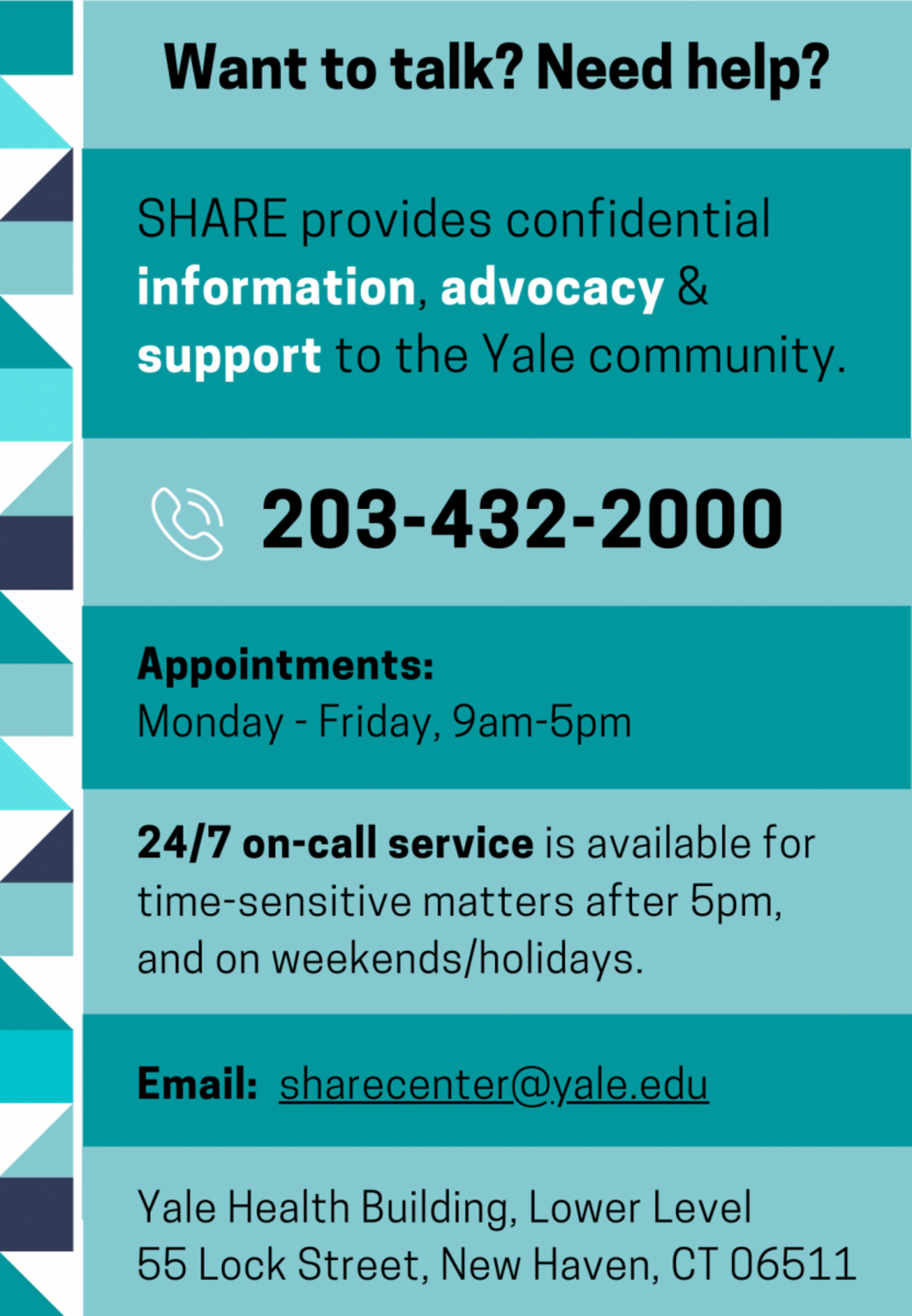